Effie United Kingdom exists to lead, inspire and champion the practice and practitioners of marketing effectiveness.

This year's awards' calendar is now published in full.  The competition will open on 7th March, with the early bird deadline happening on the 11th May and the final deadline on the 8th June.

You can see the full calendar here.

Helen Normoyle: How to Make Marketing Budgets Work Harder in a Crisis

With economic pressures mounting, marketers are being forced to make their budgets work much harder. In a recession, marketing spend is often first to take a hit, and it takes equal parts ingenuity and rigour to ensure the brand, and indeed the business, continues to succeed.

These include Iceland, which is offering interest-free loans to customers, Boots paying for prescriptions for those able and wanting to take HRT, John Lewis, which is funding staff meals, and those brands - such as HSBC, Virgin Media and O2 - that are giving employees extra payments to help with the increasing cost of living.

Helen Normoyle is Co-Founder of My Menopause Centre and sits on the Effie UK Council.

The latest Leadership Summit launched with the keynote 'Effective Ideas Born Out of Adversity' presented by Ipsos UK.  It was a whistlestop tour of all the trends from our very own 2022 UK finalists and a selection of Effie Global Best of the Best Contenders.  This was followed by an expert panel who delivered their advice on the most useful insights for navigating the year ahead.  The session lasted for just over half an hour, so if you want to keep up with all the latest effectiveness thinking in one hit this one is for you. Take a look here

The second and final session, 'Growth Without Profit is no Longer an Option' explored what it means for marketing when effectiveness equates to profit in the boardroom.  Our panelists were drawn from every corner of the industry and served up some very smart thinking to help you make an impact in economically volatile times.  We suspect this panel is going to be relevant for a good few months to come, so next time you have cuppa have a listen and emerge 30 mins later wiser and better armed to deal with whatever 2023 throws at us.

The 2022 Effie Awards UK winners were announced and celebrated on 20th October in London.

Tesco, BBH and MediaCom scooped the Grand Effie for ‘Wearing in, not Wearing out: Six Years of Food Love Stories (and counting)’. The judges praised the marketing team and agency for creating a rich and flexible platform that delivers a tangible impact to the brand and the wider business year after year.

This year’s competition received another set of diverse entries with the judges particularly impressed by the high standard. Winners were selected for solving a marketing challenge effectively, connecting with the target audience and achieving outstanding results.

Gold awards also went to Aldi UK, Anusol, ITV, KFC, McDonald’s, Mini Cheddars and Very. Several winners were noted for making great use of humour to connect with audiences, including ITV and Veg Power’s ‘Eat Them To Defeat Them’, a supposedly silly idea designed to solve a serious problem, and Anusol’s taboo-smashing and growth delivering, ‘Bum’s the Word’.

Five Silver awards were also handed out: Brook, the sexual health and wellbeing charity, which won in the small budgets category, B&Q, the British Beer and Pub Association, family history site Ancestry and pharmaceutical brand, Naloxone. The AA and NHS England each took a bronze award.

Two out of the three Silver-winning entries were campaigns aimed at mobilising the nation to influence the government. These were ‘Long Live the Local’ from the British Beer and Pub Association, and Brook’s ‘Never Without Consent’.

Karina Wilsher, Chair of the Effie UK Council and Partner and Global CEO at Anomaly, said: “This year we had more entries and winners from 'Sustained Success' and 'Positive Change' than ever before.  This highlights more than ever the crucial role marketing can play, particularly during testing times. The UK industry has proved that even as we head into another challenging period, it is delivering ideas that work and showing innovation and resilience.”

Juliet Haygarth, Managing Director, Effie UK, said: “The UK Effie judges are considered the toughest across our 56 international programmes, so to have awarded a record eight Golds says so much about the high standard of entries we received. It is even more fantastic given many of the campaigns launched during the tough second year of the pandemic.”

Learn from Past Effie Winners

The Effie Case Database offers a collection of Ideas That Work®, featuring thousansd finalist and and winning case studies and creative reels, highlighting effective marketing communications strategies, ideas and results from around the world. 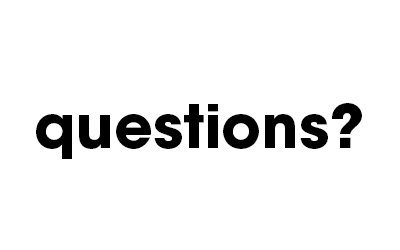 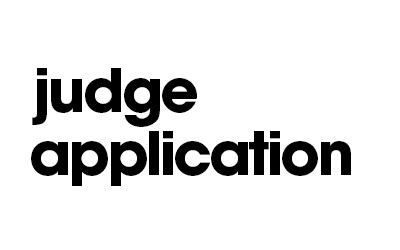 RT @EffieAwards: Helen Normoyle of @MyMenopauseCent and @Effie_UK council member on 'How to make marketing budgets work harder during a cri… 4 days ago

How can #marketers make the most of their budgets in today's economy? @havaslondon's @xavierrees answers that quest… https://t.co/xflTnIIuy7 4 days ago

Mark your calendars ✍️ the 2023 #EffieUK Awards open March 7th! Our awards calendar is below, with early bird deadl… https://t.co/tldBw6AauY 7 days ago